Economists are in support of a Medicare for All Health Care System, releasing an open letter to the Congress and People of the United States. 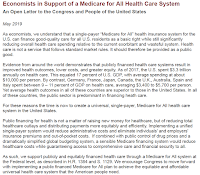 Mu-Jeong Kho, the Chair of IPEAD (academic affiliation: University College London) joined at this open letter, which is announced at Political Economy Research Institute (PERI) of the University of Massachusetts, NESRI (National Economic & Social Rights Initiative) in the United States, and others. 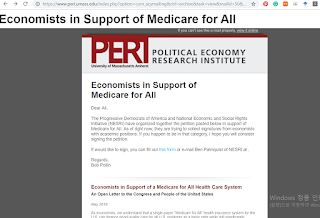 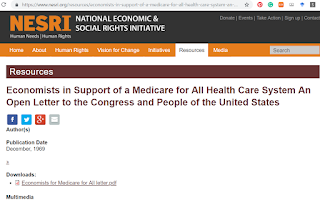 4. And at the National Nurses United, Nation of Change, Common Dreams, REEL INSIGHT