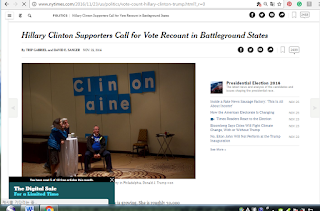 Regardless of the issue of a recount for the vote happening in the battleground states such as Ohio, Michigan, Pennsylvania, and Wisconsin, we need to think about the result again. See the article below: 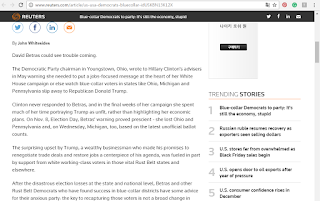 One may highlights the message below:

"David Betras could see trouble coming. The Democratic Party chairman in Youngstown, Ohio, wrote to Hillary Clinton's advisers in May warning she needed to put a jobs-focused message at the heart of her White House campaign or else watch blue-collar voters in states like Ohio, Michigan and Pennsylvania slip away to Republican Donald Trump. (....) Clinton never responded to Betras, and in the final weeks of her campaign she spent much of her time portraying Trump as unfit, rather than highlighting her economic plans. On Nov. 8, Election Day, Betras' warning proved prescient - she lost Ohio and Pennsylvania and, on Wednesday, Michigan, too, based on the latest unofficial ballot counts (Reuter 2016)."


Do you know what it means? Maybe at least one of those which Bill Clinton was saying can be right: 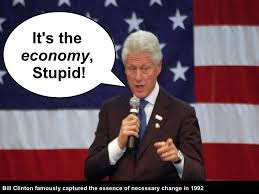 But, maybe Hillary does not listen to the advice from Bill Clinton: 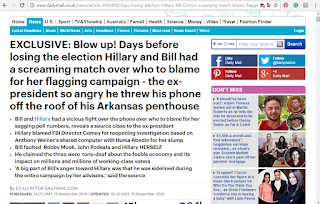 "He claimed the three were tone-deaf about the feeble economy and its impact on millions and millions of working-class voters."

Plus, for the people asking to recount the vote at the states...

What does it mean? And your thoughts?